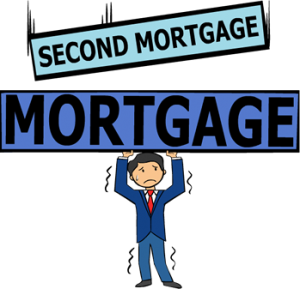 Multiple changes to mortgages resulted from the housing market’s crash in 2007: one, adjustable rate mortgages are no longer approved as easily; two, borrowers must meet stricter qualifications; and three, second mortgages took a major hit.

A piece in the Washington Post points to a reversal of this latter trend. Based on findings for April 2013, Equifax reported the total outstanding balances on second mortgages increased for the first time in five years. While the increase was not significant (just three-tenths of a percent), Equifax sees this as a sign the downward trend is reversing and, overall, pointing toward the real estate market’s steady recovery.

Second mortgages, subordinate to the primary loan on a property, are taken out for a number of reasons, the most common being home improvements and college tuition. Beyond this distinction, these loans share similar aspects with their primary counterparts.

Just like qualifications, foreclosure faces borrowers of these loans. However, even if the primary loan is paid on time, the lender of the second mortgage can still foreclose the property for delinquencies.

There’s a negative side to second mortgages in the housing recovery, the New York Times pointed out in February 2013. Roughly half of all home loan-related debt in the United States comes from second mortgages. The 80/20 mortgages – 80 percent of the loan an ARM and 20 percent a high-interest loan – issued before the housing crash offer a loophole in banks’ government-forced recovery efforts. The Times indicates that, when it comes to modifying mortgages, the banks will do so for the second (essentially worthless in the foreclosure process of the primary loan) and then foreclose the first. This practice, even though the homeowner is left without a property, still falls under “forgiving.”