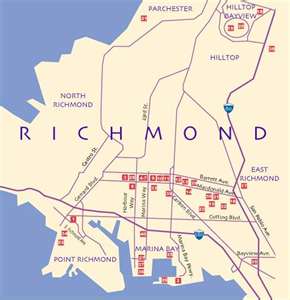 If you can recall, the city of Richmond, Calif. stated close to two weeks ago that it plans to seize all of its underwater properties by eminent domain from lenders and restructure the mortgages in an effort to keep current borrowers in their homes. Since that point, the Federal Housing Finance Agency (FHFA), the organization that oversees Fannie Mae and Freddie Mac, is planning to file a lawsuit against the California city.

Reported last Thursday by the Los Angeles Times, FHFA told Fannie Mae and Freddie Mac to restrict activity in cities considering such an eminent domain strategy. Richmond, Calif. may be the first to go through with it, but other California cities, Seattle, Newark, and North Las Vegas are considering such an approach.

The lawsuit further claims that Richmond’s tactics are illegal. Specifically, they go against due process requirements, the interstate commerce clause, and the U.S. Constitution’s contract clause.

If Richmond carries out its eminent domain strategy, 624 properties would be refinanced, resulting in $200 million worth of losses for Fannie Mae, Freddie Mac, and other financial institutions.

According to U.S. News, half of Richmond’s 100,000-plus residents are underwater, with some owing nearly twice of the current market value.

Because banks stalled when restructuring the city’s mortgages, Richmond developed a plan to purchase the 600-plus properties from 32 lenders at market value and refinance all loans.

Unfortunately, the issue over who’s in the right isn’t entirely clear cut: Lenders would experience extreme losses, while a large percentage of Richmond’s residents could have to file for foreclosure, which, along with blight, maintains an already-strong presence in the Bay Area California city. Even those who can manage the high payments end up forking over a large amount of cash on devalued properties.

Where do you stand on this issue: Should Richmond continue with its eminent domain strategy to alleviate homeowners stuck with underwater mortgages, or should FHFA pursue its lawsuit?